Sudan’s military council and the opposition alliance have signed a major power-sharing deal in the capital Khartoum.

The agreement signed on Saturday now ushers a country gripped by political crisis and violence into a new era.

Hopefully the deal should eventually lead to a civilian rule when elections are held at the end of the transition period.

There will be a new governing council made up of both civilians and generals and the task is to work towards elections within three years.

The deal was signed by Mohamed Hamdan “Hemeti” Dagolo, and Lt-Gen Abdel Fattah Abdelrahman Burhan for the military council.

Ahmed al-Rabie signed on behalf of the Alliance for Freedom and Change, the umbrella group of pro-democracy protesters.

Prime ministers of Ethiopia and Egypt and the South Sudanese president were among regional leaders that attended the signing ceremony.

President Uhuru Kenyatta today joined several African Heads of State and Governments in witnessing the signing of a pact that will establish a transitional government in Sudan. This brings to an end the standoff between civilians and military forces in the Republic of the Sudan. 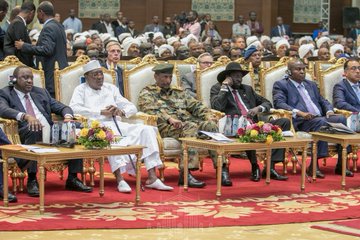 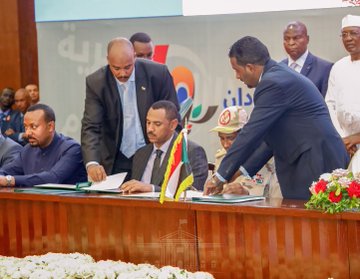 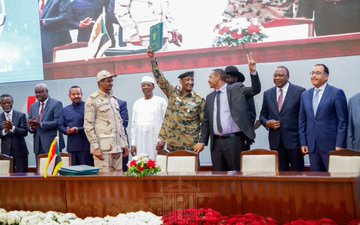 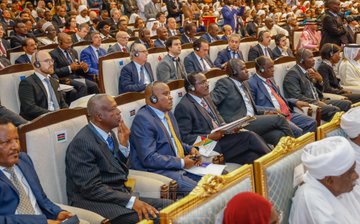 This month both factions agreed on a deal towards a new transitional government following the toppling of long time leader, Omar al-Bashir in April this year.

The deal was struck after lengthy negotiations, the African Union has said after months of protests and killings.

Per the deal there will be a three-year transitional period agreed. There will be a power-sharing deal envisaging a governing body of six civilians and five generals.

The declaration states that the main opposition coalition, the Forces of Freedom and Change (FFC) will appoint a prime minister as soon as the document is signed.

The prime minister will be tasked to form the government in consultation with the FFC. However, the defence and the interior ministers will be appointed by the military council.

The declaration also envisages the appointment of a 300-member legislative assembly to serve during the transitional period.

The FFC would have 67% of its seats and other political groups not associated with Bashir would have the rest.

There have been several scenes of wild celebrations on the streets of Khartoum following the signing ceremony with many hoping it ends any form of violence.

Thousands of gathered around the venue for the ceremony, with many residents from parts of the country visiting Khartoum for the event.

Congratulations to the youth and people of #Sudan. Africa continues to stand by you on this historic day and the journey to come to build a democratic nation.#SudanUprising #SudanSigning 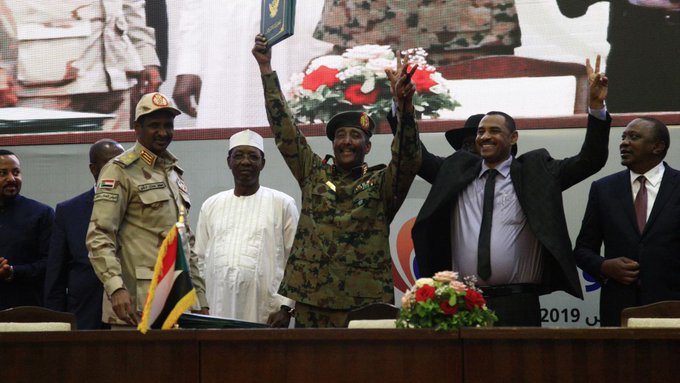 Face of a thief: Prof. Pondei swims in pond of multi- billions corruption...