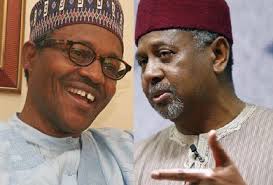 “We are fast approaching the stage of the ultimate inversion: the stage where the government is free to do anything it pleases, while the citizens may act only by permission; which is the stage of the darkest periods of human history, the stage of rule by brute force” – Ayn Rand

Col Sambo Dasuki, rtd, was recently granted bail by an Abuja Federal High Court to the tune of N200m. As stringent as that bail condition was, Dasuki has been able to meet it, and as expected in a society where the rule of law is respected, he was expected to be allowed to go home while his trial continues until the case against him is concluded one way or the other.

Unfortunately, even after meeting his bail conditions, the federal government has refused to allow him go home as ordered by courts of competent jurisdiction. More unfortunate is the fact that the man who advanced reasons why the federal government cannot obey the court rulings on Dasuki’s bail, Mr Abubakar Malami, is not only a senior lawyer by the virtue of number of years of his post-NYSC experience at the Bar, he is also a Senior Advocate of Nigeria, SAN, the implication being that he merited his SANship by the virtue of the many court cases, sometimes very complex and difficult ones, he won, thereby proving his legal sagacity and judicial dexterity.

However, it was not only about his brilliance which citizens now question based on his recent statements and conducts which many consider injudicious to the judiciary and also grossly injurious to the peace and order of the nation at large, that made him; it was about the fact that court orders and judgements which Malami won were complied with by governments of the past.

So it is ironical and a tragic paradox that the same judiciary that made Malami is today being maligned by him, and the government he serves and advises, with gusto.

That the federal government would continuously disobey court rulings granting Dasuki bail including even the one by the ECOWAS court of which Nigeria is a prominent member is worrisome. Six times has Dasuki been granted bail, and six times has the government deliberately refused to comply with the court rulings.

There is nothing more dangerous to the corporate existence of a nation than this: when citizens are forced to resort to self-help because they feel the judiciary can no longer give judgements that would be obeyed by parties.

In advancing reasons for federal government refusal to comply with Dasuki’s bail rulings, Malami had claimed that it was done in the public interest. Hear him: “So, you have to look at it from this perspective. If the issue about an individual coincides with that, which affects the people of a country and you are now saying the government did not obey a court order that infringes on a single person’s rights. Remember,we are talking about a person who was instrumental to the deaths of over 100,000 people. Are you saying that the rights of one person are more important than that of 100,000 who lost their lives?”

This amounts to Malami and the federal government playing investigator, arrestor, prosecutor, jury, judge and jailor all in one. It is a dangerous phenomenon if allowed to either stand or continue. The dangers are too enormous that even the Chief Justice of Nigeria, Walter S.N. Onnoghen, recently warned against it.

As a guest lecturer at the First University of Lagos, UNILAG, Faculty of Law public lecture, at Akoka, Lagos, the CJN who spoke on the theme: “The Rule of Law as Panacea for Peace, Security and Good Governance”, said “Any government that is against the rule of law is by implication inviting anarchy into the system”. He went further to emphasise that “A democratic government must not only obey the law but also courts’ orders”.

This was from a man who should know and who indeed knows! It is hoped that Malami and those he advises at the presidency will take heed and do the right thing in order to save the nation from this looming judicial distress that blows no one any good wind.

If Malami felt that his case against the bails granted Dasuki by the courts was strong enough, he should have made it in court and convinced the judges. It is failure on his part for not being able to convince six different judges at six different courts against granting bail to the accused who by the letter and spirit of our laws, is presumed innocent until proven guilty, no matter how strongly the Buharis and Malamis of this world feel about it.

The law is not about the opinions and feelings of men, it is about the position of the constitution which is the guiding document for all citizens irrespective of class or social status or political office. When men begin to elevate themselves over and above our laws, our constitution and the judiciary, we descend speedily into a state of anomie and ochlocracy. There is no way Malami, despite being a Senior Advocate of Nigeria, SAN, can conduct himself in a manner as one who knows it all better than Justices Ademola Adeniyi and Justice Ahmed Mohammed of the Federal High Court, Abuja and Justice Hussein Baba-Yusuf and Peter Affen of the FCT High courts; the ECOWAS Court of Justice, and lately, Justice Ijeoma Ojukwu who all, in their judicial eminence, granted Dasuki bail. As stringent as these bail conditions had been, Dasuki had always perfected them only for the self-ordained omnipotent government of Muhammadu Buhari to thwart it!

It is the same with Sheikh El Zazaky, the Shiite leader, who has remained in illegal detention having been granted bail by courts of competent jurisdiction. Like Onnoghen said, the disobedience of court order, particularly as it relates to El Zakzaky, has led to several protests by the Shiites, some which led to violence between them and the police in recent times. So rather than engender peace, the continued flagrant disobedience of court orders, actually endangers peace.

While Dasuki is being illegally held for purportedly causing deaths of thousands of citizens, an allegation which the federal government is yet to prove in court, hundreds of criminal elements are allowed a free reign of terror on the people. Not even leaders of these terror groups who have on several occasions come out to claim responsibility for this carnage with boasts of even more deaths on armless and helpless citizens have been arrested or prosecuted, but Malami’s preoccupation is a Dasuki who has not killed even a single soul!

We are indeed back to the dark ages where the rule of law is supplanted with the rule of might and brute force with reckless abandon by agents of government. As it is with the judiciary, so it is, and even worse, with our legislature whose summons, motions and resolutions have been freely flouted and ignored by the executive, thereby completing the cycle of ridicule and humiliation of our democratic institutions. Like Ayn Rand said, we are getting to that stage where citizens can only act by the permission of the executive. That stage is the darkest period of human history and history will never be kind to those who brought us there.

Not only Dasuki but also El Zakzaky, Jones Ebiri and all those in the illegal detention of the executive must be released forthwith as a pointer to the willingness of the executive that they are true democrats who are not in the habit of using state power to intimidate citizens and ridicule our institutions before the whole world. The truth is that such abuses by the executive have gone too far, but then, it is not too late to reverse the trend and cause history to be kind to them in the future.

In all, Dasuki should be allowed to go home as directed by courts of competent jurisdiction. After all, he is still a citizen of the Federal Republic of Nigeria who is presumed innocent until proven guilty and must suffer the full consequences of his actions if eventually found guilty by the courts. But for now, the multiple court rulings granting him bail must be respected or we continue in our free fall into anarchy as a nation!

FG and State Government should include entrepreneurship in school curriculu

2023:  My govt will tackle insecurity,  underdevelopment in N’Delta, if voted as President –...

Women journalists call for justice for Joy and Queen in Delta

2023:  My govt will tackle insecurity,  underdevelopment in N’Delta, if voted as President –...