The ruling All Progressives Congress (APC) and main opposition party and the Peoples Democratic Party were engaged in physical attack  and five persons reportedly injured while campaign  vehicles vandalized Wednesday in Oba- Akoko in Akoko southwest local government area of the state.

Governor Akeredolu and the All Progressives Congress (APC) campaign train were on the way to Ikare-Akoko in continuation of the local government campaign rally when the PDP struck and attacked the convoy of the campaign train.

The branded campaign vehicles donated to Akeredolu campaign by Ambassador Sola Iji have been vandalized while by the PDP hoodlums.

But the PDP said no fewer than five persons sustained varying degrees of injuries when the convoy of Ondo State governor, Mr. Oluwarotimi Akeredolu stormed Oba-Akoko.

The Party claimed that  the convoy of Jegede was badly damaged, while Jegede himself is being held hostage inside the palace of the monarch of Oba-the Oloba, by gun-totting hoodlums suspected to be agents of the governor. 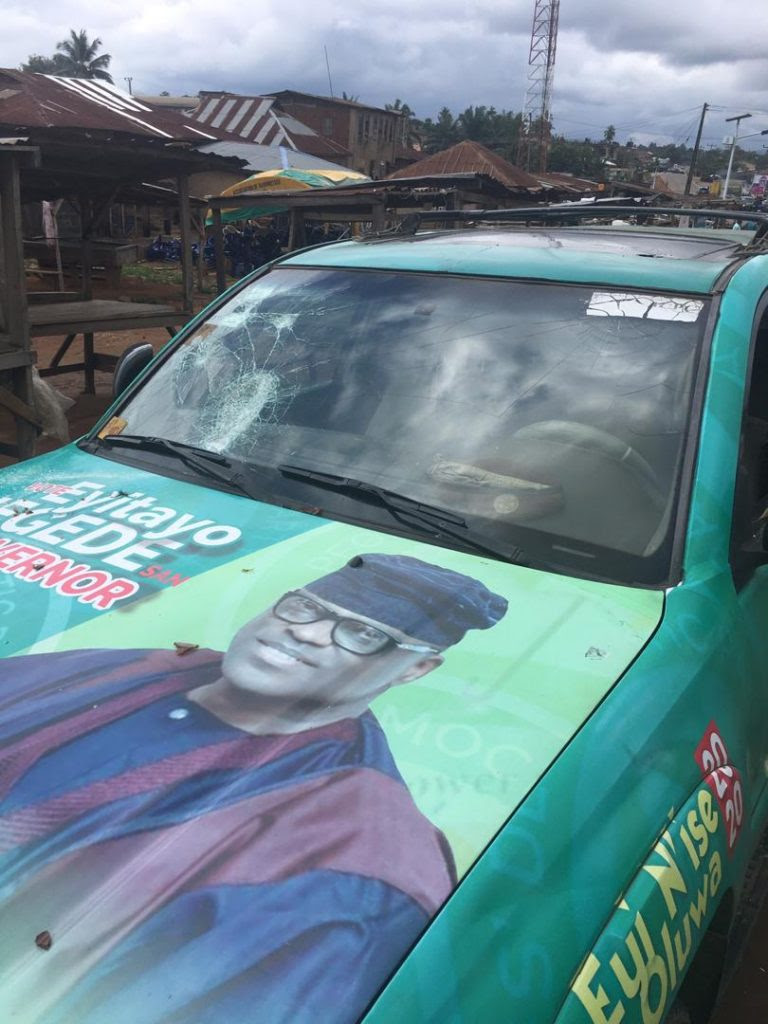 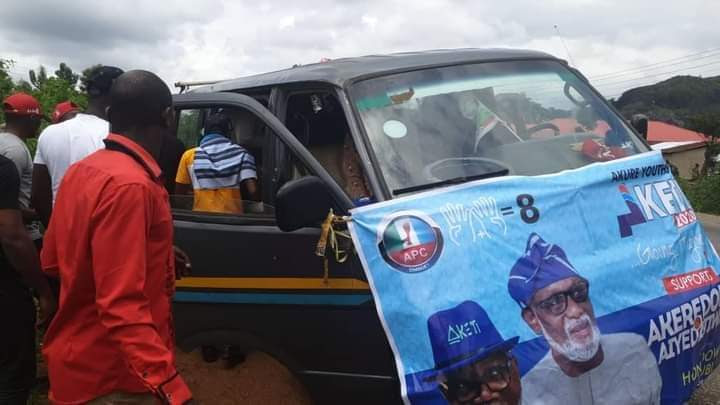 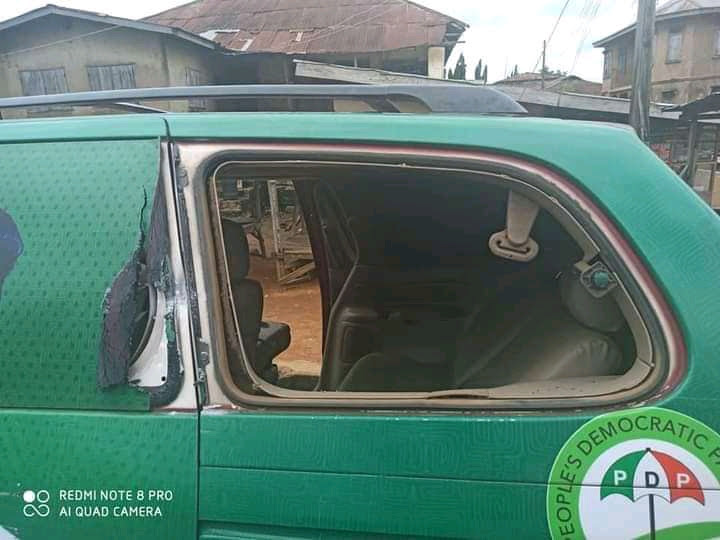 The PDP added that in the last five there have been series of attacks on PDP supporters in Aiyede-Ogbese community in Akure North LGA, leading to machete and gun attacks and the burning of at least two houses of PDP members.