The city of Akure was thrown into a huge shock two days ago when the story of a 4year old girl, who was beaten to death by her own  father.

The mystery surrounding Miss Testimony’s death was unravelled by the Nigerian Association of Women Journalist (NAWOJ) Ondo state, led by its chairperson, Mrs. Doris Olumoko, after the group visited the church of the girl’s mother, where they were given the full information about what transpired.

It was revealed that Late  Testimony had been going through beating and torture by her parents in a bid to cast out evil spirit from her. 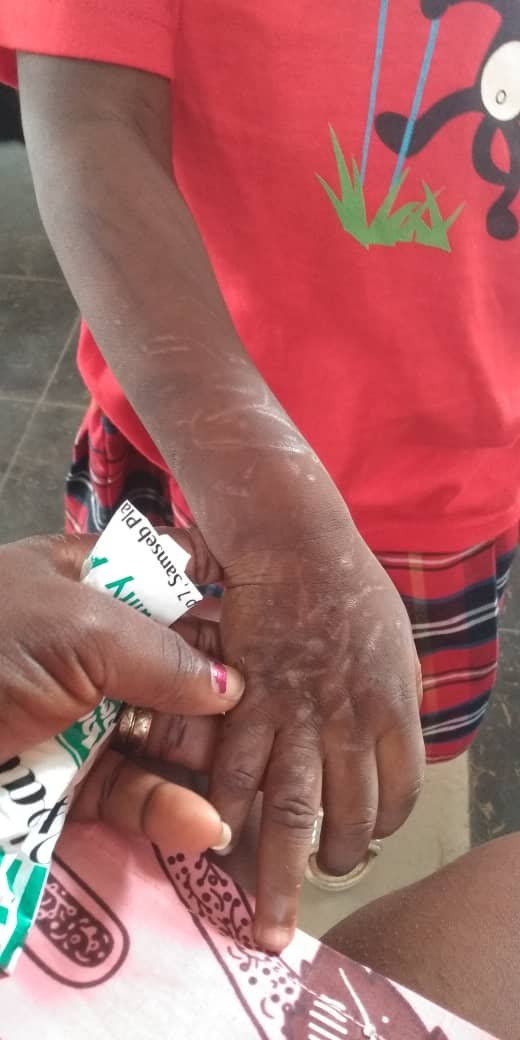 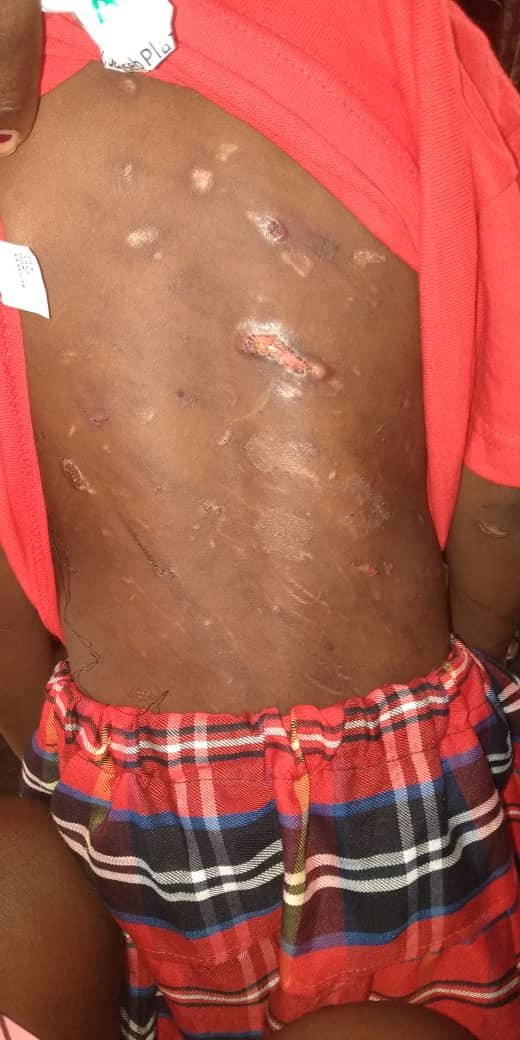 When the church discovered her bruisesAccording to the Parish Priest of Mary Queen of Angels Catholic church Akure, Reverend Father Mathew Ologun,  the father of the girl, Mr. Felix Babalola, who attends one white garment church opposite NAO supermarket in Akure, claimed that the girl was possessed with evil spirit and all the marks on her body were results of church deliverance style. 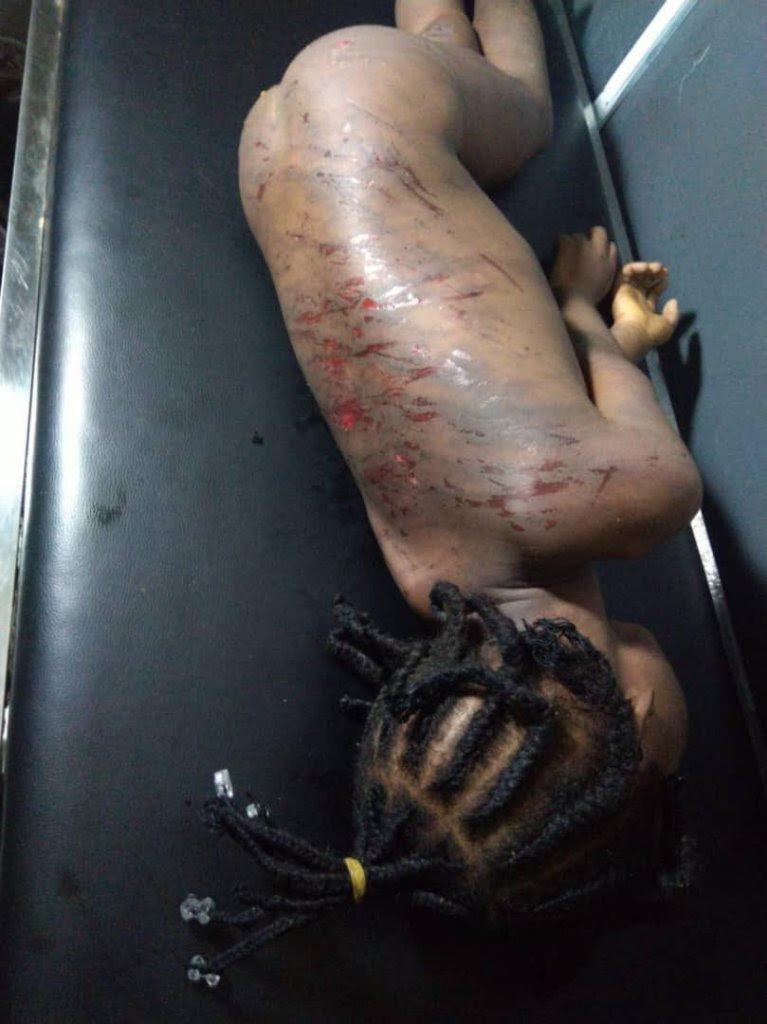 The body of late Miss Testimony

Aside from the bruises she sustained from deliverance process, as JATS Communications revealed that the father was said to have also claimed that the girl was over-pampered by her grandmother who she had been residing with in Ikare since age 9months before taken back to Akure recently.

The mother of the late girl claimed that the father used to enforce punishment on the girl whenever she failed to kneel down and greet him, saying they were trying to teach her moral lessons which she didn’t get in her grandmother’s place.

The effort of the Rev. Father who had been monitoring the movement of the father of the girl in order to hand him over to the police proved abortive as he absconded around 5pm after being trailed to Benin garage in Akure.

Senior Police in Akure  who pleaded anonymity confirmed the development. But said the suspect is at large and assured the public to bring justice as murder is a criminal offence as the police vowed to beam its searchlight on anybody connected with the extra-judicial murder of the innocent toddler.

NDDC N40B probe: Senator Omo-Agege, others you messed up waiting for you, Odom tells...