By Our Staff Writer

The death toll from last week’s deadly landslide in northwestern Kenya has now risen to at least 52, according to officials.

Dozens more are also reported missing in West Pokot following days of rains that caused flooding and mudslides, sweeping away bridges and cutting off communities like Muino.

According to Lonyangapuo 22,000 homesteads and between 80,000-120,000 people have been displaced or affected by the landslides.

Kenya is currently experiencing am unusual heavy rainy season, according to the Kenya Meteorological Department. 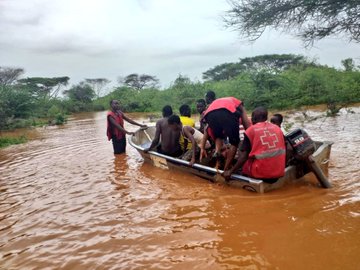 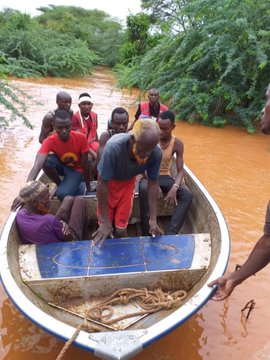 Over the weekend some Kenyans who survived the disaster spoke of how they watched helpless as dozens of people were washed away.

One survivor “I scampered to save the lives of the rest of my family members but I couldn’t go back to the house to save the three boys aged 6, 8 and 10 years.

I fell several times as stones rained on me and I gave up on the way. I wish I could have saved my children.”

Another survivor revealed that “Four people were buried alive as I watched. A father, mother and their two children. One of the babies was rescued but it was so painful. I escaped death narrowly”.

In Oshiomole’s Mansion: See how Edo govt treasury was spent, many lies of Oshiomole’s...